Bay Run back in time

Bay Run back in time

Do you do the Bay Run? Whether you run, walk, cycle or scoot, the Bay Run is one of the Inner West’s most famous and well-trodden landmarks – all 7km of it! Have you ever wondered how it came to be?

In the heart of the Inner West, circling the water, crossing the Iron Cove bridge is The Bay Run. Seven kilometres of track – walking, running, cycling – looping through Rozelle’s King George Park, past Leichhardt Aquatic Centre and around Henley Marine Drive. With views up to Drummoyne and Rodd Point, The Bay Run is an iconic community space. So how did it come to be? What’s the attraction? Why do families love it? Read on…

The defining piece of The Bay Run puzzle was set when the Iron Cove Bridge opened in 1882. This section of the track wasn’t initially dedicated to those pounding the pavement for pleasure. Rather the completion of the bridge finalised the “Five Bridges Route”, an initiative of the local government at the time, to allow accessibility across Iron Cove and provide a new western route into the city via Balmain.

Walking through the years

The Iron Cove Bridge had a revamp in 1955, before the new addition – a second bridge – came to be in 2009. This new cement structure above Iron Cove was predominantly built as part of the Inner West Busway to help with congestion in and out of the city along Victoria Road. However, with a specialised lane dedicated purely to walkers, runners and cyclists alike, it was a huge bonus to Bay Run fans who no longer had to move shoulder to shoulder on the east side of the old bridge manoeuvring between the iron beams criss-crossing along the footpath. It was crowded! This new development was a big win to those getting across the water and around the bay on foot.

More recently, in 2015, the Iron Cove Creek bike bridge also opened, providing a safe crossing from Timbrell Drive to the City West Link, moving pedestrian and cyclist congestion away from the busy intersection. NSW Government funded the 30m cable bridge, which was built in conjunction with City of Canada Bay Council and Ashfield Council, to help combat the growing number of users of the Bay Run – estimated at 3000 people on a typical Sunday morning. You may have been one of them! 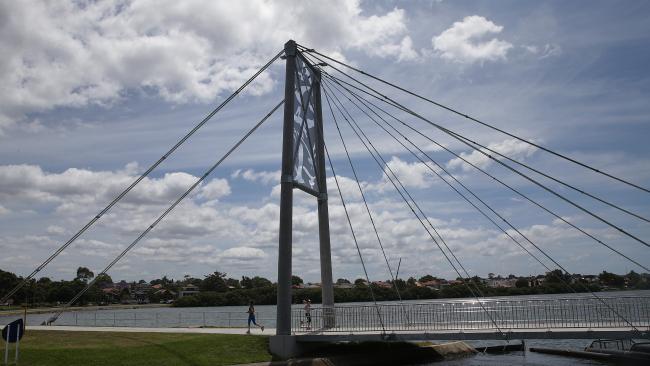 Cruising around the Bay Run, spy rowers out on the water from Leichhardt Rowing Club, views of Snapper Island (the smallest island in Sydney Harbour) and nods to the Indigenous land around Henley Marine Drive. It’s here you’ll find a white sculpture by Aboriginal artist Jason Wing, symbolising waterways, a rainbow serpent and the eel with its bendy, street sign-like design. The first ever Aboriginal piece commissioned by Canada Bay Council. 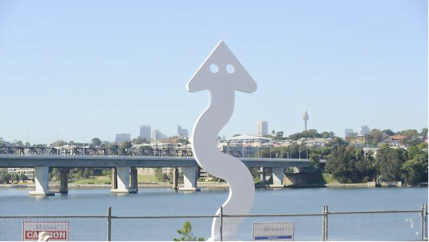 A little piece of history lies along the boundary on the city side of the Bay Run, where original buildings from the iconic Rozelle Hospital still stand in Callan Park. Cast your eye over glorious sandstone structures, dating back to 1884, as you pass by this section of the course and a history lesson or two if you have time to stop and read the signs sprinkled in the parklands. 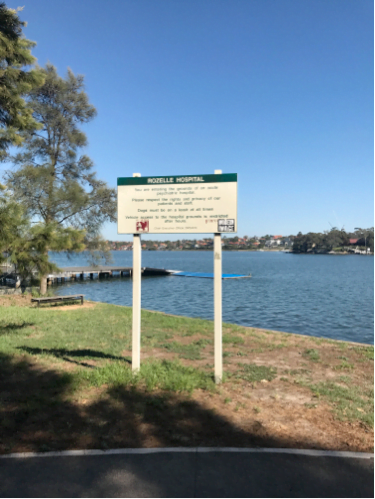 The Bay Run has become one of the go-to locations for several occasions throughout the year, too. Community events, such as the Bay Run and Balmain Fun Run, are hugely popular. Not only can runners enjoy a beautiful view around a mostly flat course (yay!), these events raise cash for charities, schools and organisations in and around the local area. The Bay Run is also an integral part of the Seven Bridges Walk course across the whole city of Sydney.

So next time you pound the Bay Run pavement, (don’t let the name fool you, you can walk it!), consider the history of this Inner West activity. Remember, here are plenty of café’s along the way to keep the fluids up. Let us know what you think of the Bay Run in the comments below! 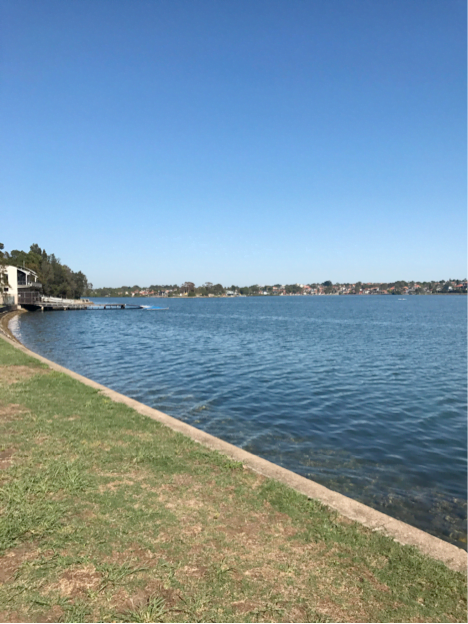