Did you know there are 1350 registered clubs in NSW? From bowling clubs to social and sporting clubs, our industry’s goal is to bring people together. And that’s what we love about our work at Canada Bay Club. We’re the meeting place of the local community.

So our team was thrilled to be nominated for two awards in the 2017 ClubsNSW Clubs & Community Awards. Canada Bay Club was a finalist in two categories: Disability, Welfare and Social Inclusion, and Education. Representatives from Canada Bay Club attended the ClubsNSW awards presentation evening, which was a fantastic event.

The Disability, Welfare and Social Inclusion Award recognised the outstanding contribution Rhys Baxter, our Community Engagement Officer, has made through his involvement in community education about disability and his employment at the club. Rhys has been a wheelchair user since the age of 18, when a car accident left him with paraplegia. Watch this video about the impact Rhys makes on the community through is employment at the club.

Giving back to the community

One of the core factors driving Canada Bay Club’s existence is our support of the community. Giving back is in our club’s DNA – we’re extremely passionate about this aspect of our operation. And our commitment to giving away grants has never been stronger.

Canada Bay Club participates in the ClubGRANTS program. It’s one of the largest grants programs in Australia – the program allocates funds to community groups, charities and sporting teams across our state.

Canada Bay Club is one of those clubs. We absolutely thrive on supporting our local community – and being a member of this program means we can reach beyond our Five Dock backyard and out into the community where the funding is needed the most.

Throughout the last ClubGRANTS year (September 2016-August 2017), the club has supported more than 150 local schools, community groups and junior sporting groups to the tune of $530,000. Many long-term recipients are part of the recipient list, such as Five Dock All Saints, Abbotsford Juniors Football Club, Inner West Futsal, Bay Run and Balmain Fun Run, as well as new organisations, such as Inner West Bulls Basketball and Victoria Avenue Public School’s Walking Bus initiative in Concord West.

We’re an active bunch at Canada Bay Club! This year, our staff members formed two teams to complete the Oxfam Trailwalker – one team completed the 50km walk and the other completed the 100km walk. Before the walk, the club helped raised funds for both teams through Directors’ Raffles, the Amazing Race Gala Fundraising Dinner and the team’s own fundraising pages – an incredible $23,000 was raised. The money goes towards the amazing work Oxfam does around the world, working with local communities to help them create sustainable solutions for their livelihoods. Learn more about the Oxfam Trailwalker here. 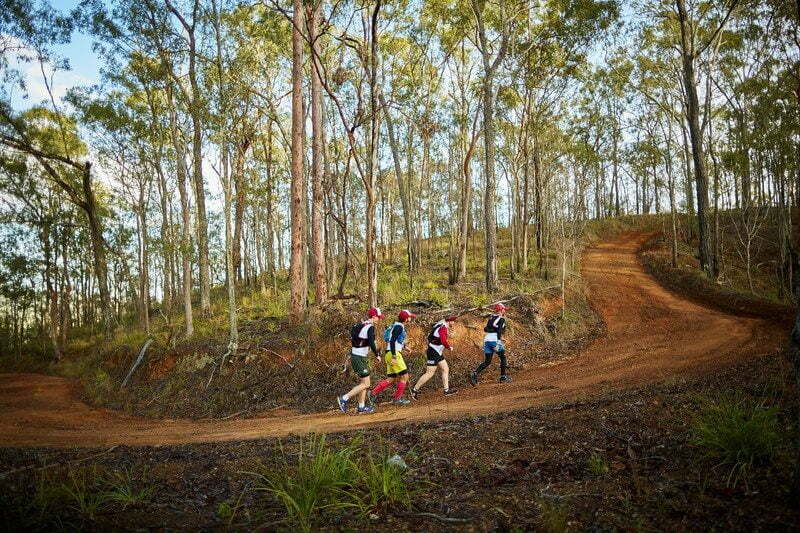 Movember is a charity tackling men’s health on a global scale – it addresses the biggest health issues currently faced by men, including prostate cancer, testicular cancer, and mental health and suicide prevention. Members of Canada Bay Club supported this year’s fundraising by forming their own group and raising $970 through their own endeavours, and a further $1523.20 on the last-Thursday-of-the-month Director’s Raffle in November.

The Kids Disco is back!

Have you boogied on down with your children at the club yet? The year 2017 saw local kids being entertained every second Saturday with Little Monstas from 1pm until 3pm. Parents accompany children for the duration of the disco and can order drinks and food from the club’s two restaurants, Baysia and The Brasserie. Entry is $7 per child.

Do you have a kid’s birthday coming up in 2018? Canada Bay Club also offers Kids Disco Party Packages, including the “Let’s Boogie” package at $25 per child, with VIP party table and adults table, hot food, ice cream and soft drink. The “Get Down” package at $35 per child includes all the above plus lolly bags, decorations and party favours. Find out more and book by calling 02 9713 4322.

Staff Member of the Year

Canada Bay Club’s 2017 Staff Member of the Year is CChris Rodrigues, a much loved team member. The award was announced at the Staff Christmas Party and Awards Night. CChris displays exceptional customer service and ensures our members and guests always feel welcomed and valued. Three cheers for CChris!

Did you attend the 20th Anniversary of Ferragosto this year? For well over ten years, Canada Bay Club has supported this significant community event on Great North Road in Five Dock. Every year, Canada Bay Club has a stall and joins in the festivities of the day. The festival preserves its roots in the local Italian community of the City of Canada Bay. Look back at the history of this important event in this fun video

We saw many of our local club members at the 2017 Concord Carnival. Canada Bay Club has been sponsoring this family-friendly event for more than 10 years. Each year the club has a stall at the event, and this year it was climbing equipment, which was hugely popular. See you there in 2018!

Thank you to all our members who attended our special social events throughout the year. From the Melbourne Day Cup Luncheon and Mothers’ Day Dinner Dance to the Christmas in July Dinner Dance and the New Year’s Eve Gala Dinners, the club loves organising these fun functions to bring you together to celebrate life’s big occasions. Don’t forget – the club has world-class function facilities for all your event needs in 2018. Find out more here.